Doom fans are worried that Mick Gordon, who composed the music for Doom 2016 and Doom Eternal, could be departing from the franchise. His working relationship with id Software and Bethesda has been cast into doubt following a series of events that have taken place over the last 48 hours.

The digital release of Doom Eternal’s soundtrack, which was finally released to customers who purchased the Collector’s edition of the game after a month-long delay, isn’t the soundtrack that fans were expecting. Audiophiles have analysed the tracks and discovered a series of errors in the way the tracks on the soundtrack have been mixed. The poor mix quality of the tracks was originally highlighted in a Twitter thread by the founder and blogger of Ruff Audio, Reace Niles, who compared the waveforms in DOOM 2016 version of the BFG track against Doom Eternal’s version, summarising the latter mix was heavily compressed and poor quality as a result. He’s since uploaded a YouTube video to provide further clarity of the mixing process, for anyone who’s interested in learning more.

Here’s a comparison between the original BFG Division from Doom 2016’s official soundtrack (left) vs. the BFG 2020 remix on Eternal’s soundtrack from today (right).

Notice how the wavelengths in BFG 2020 form a nearly perfectly straight bar vs. the original with more definition pic.twitter.com/TCJRdOe1Yf

I didn’t mix those and wouldn’t have done that. You’ll be able to spot the small handful of tracks I mixed (Meathook, Command and Control, etc…)

Niles’ thread prompted a direct reply from Mick Gordon himself, who said he ‘wouldn’t have done that’ in response to the mixing flaws that had been highlighted. Gordon went on to say he only mixed a small handful of tracks (Cultist Base, A Cultist Prayer, The Icon of Sin, The Only Thing They Fear Is You, Welcome Home Great Slayer, Prayer of the Diminished, Sinister, Command and Control, Meathook, The Betrayer, Doom Eternal). It’s unclear who mixed the rest of the music on the soundtrack, although the metadata appears to suggest it was id Software’s audio director, Chad Mossholder.

While any attempt at unravelling the relationship between Gordon, id Software and Bethesda is purely speculation at this moment, the ongoing fiasco surrounding the Doom Eternal soundtrack is illustrative of yet another AAA video game publisher mistreating video game music. Releasing a soundtrack isn’t easy and too many companies underestimate the musical process and the commercial responsibilities that are involved with releasing a video game soundtrack.

It’s important to note that despite the amount of fans kicking off about Gordon not mixing his own music, it’s not unusual for composers to have their music mixed by someone else. In fact, it’s common practice for the mixing and mastering of music to be done by an external party. Composers can be too close to their own music and become tone-deaf to minor imperfections as a result.

Gordon may have been contracted to create the music for Doom Eternal, but that doesn’t grant him the rights to mix and master his music. Music rights are incredibly complicated and vary from contract to contract. The Game Audio Industry Survey 2019 found that 98 percent of AAA composers do not own the full rights to their music. This means video game publishers usually own the rights to music and get the final say over who mixes, masters and edits the compositions once the original tracks have been composed. This is something that many composers have learned to simply deal with over the years.

“Seeing the public react this way to a publisher just taking the music and running with it, it’s kinda surprising. This is common behaviour to us. It isn’t something unusual,” says Cody Matthew Johnson, who composed the soundtracks for Resident Evil 2 Remake and Devil May Cry.

He explains that when game composers are working on their tracks, they’re given a loudness requirement from the audio director, known as an integrated sound value. Any pieces of music they create need to stack up with the other elements of the audio and create a certain loudness when they’re all put together.

“That brick of sound is what goes into the game because it needs to be a static thing across the board. So, the mixes that went into the game – they just used those and made a soundtrack from those. This is versus Mick remixing and re-editing everything for his 2016 soundtrack, which was an amazing artistic feat.”

For a second opinion, we contacted Derby music producer, Ben Gaines, also known as AudioMage, to analyse the FLAC files for two other tracks on the Eternal soundtrack: Meathook, which was mixed by Gordon, and Metal Hell, which wasn’t mixed by Gordon.

“Sonically, Mick’s own mix is sitting at a solid -10.8 RMS, which is your standard commercial loudness for an incredibly dense metal mix,” Gaines explains. “As you can see in the provided analyser and wave grabs, there is more dynamics and perceived loudness, although it is actually quieter in waveform. Mick’s mix along the spectrum is much more balanced.”

He paints a different picture for Metal Hell. You’ll notice how the FG-X image for Metal Hell (below) shows the music clipping into the red. When audio is clipped, it becomes distorted.

“To put it short, this mix is so dynamically destroyed it’s barely even listenable. Coming in at a whopping -4.9 RMS whilst clipping to oblivion, the mix is a total mess. Looking over at the general spectrum and balance we can also see that it is heavily scooped in the mid range and is missing a lot of essential content found in Mick’s mixes.”

Here’s a comparison between the original BFG Division from Doom 2016’s official soundtrack (left) vs. the BFG 2020 remix on Eternal’s soundtrack from today (right).

Notice how the wavelengths in BFG 2020 form a nearly perfectly straight bar vs. the original with more definition pic.twitter.com/TCJRdOe1Yf

It’s unclear why the Doom Eternal soundtrack wasn’t released to the same high standard as its predecessor, although time constraints seem to be the biggest reason. The collector’s edition of the game was meant to release with a digital ultra-high quality, lossless version of the Doom Eternal soundtrack. On March 11 2020, Bethesda posted an update saying that customers wouldn’t receive the digital soundtrack as intended on the March 20. It did, however, claim it was ‘working on plans to deliver the soundtrack as soon as possible after the release date.’ This could explain the rush to the finish, although it doesn’t provide clarity on who, or what other factors, might have been responsible for the soundtrack delay.

Fans obviously had high expectations for Doom Eternal’s soundtrack. Gordon’s meticulous approach to the music in Doom 2016 – one which involved stashing satanic symbols in audio frequencies and using an assortment of seven-string, eight-string and nine-string guitars to reach the lowest playable notes on a guitar, resulted in one of the heaviest video game soundtracks ever created, as well as fantastic industrial metal album in its own right.

Unfortunately, what was released for Doom Eternal doesn’t live up to these expectations: a selection of tracks that sound like they’ve directly ripped from the game, poorly mixed and slapped together in the hope that they’ll pass as a complete album.

Gordon had high hopes for the Eternal soundtrack and had planned for it to be mastered by Systematic Productions, an Australian studio that has produced and mastered music for metal bands such as Periphery, Protest The Hero, Architects, Devin Townsend and Bury Tomorrow. We contacted the owner of the studio, Ermin Hamidovic, to tell us more about his planned involvement. 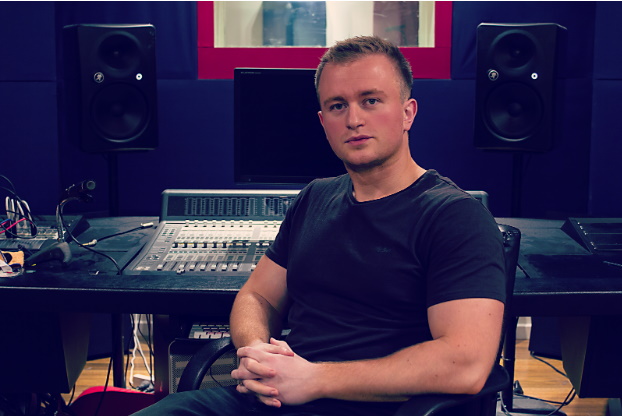 Ermin Hamidovic’s Systematic Productions was originally due to master the Doom Eternal soundtrack, having worked with metal bands such as Periphery and Protest the Hero.

“About two years back, I got a work inquiry from a band called Like Thieves. They said their mix engineer, Mick Gordon, had recommended me to do the mastering,” he explained.

As a passionate gamer and a huge fan of Doom 2016, Hamidovic and Gordon eventually touched base and formed plans to work together at some point in the future. Hamidovic ended up taking a call from Gordon earlier this year, asking if he wanted to be involved in the mastering for the commercial release of the Doom Eternal soundtrack. He jumped at the chance.

“We had a fairly detailed plan to finish up the project by late March, but once the radio silence kicked in, I knew something was not all right behind the scenes,” he tells us.

After realising it looked like he’d no longer be involved in the project, Hamidovic posted on Facebook announcing his planned involvement in the project, describing the opportunity as one of ‘the most personally enriching gigs’ of his career and how the music scene has now been shortchanged of getting one of the best heavy industrial records ever. We asked Hamidovic to share his thoughts on the release of the Doom Eternal soundtrack.

“All I can say is that big entertainment industries, whether they be the music, film or video game ones, can be very difficult to traverse from a business perspective. One is often faced with many forces pushing and pulling in different directions. It can take a gargantuan effort to get any kind of clarity or direction when big money is involved, especially if the considerations are artistic in nature,” he says.

“One thing that’s clear in this case is that the artistry was not fully respected, and neither was the fanbase,” he said. “I would hope with enough of a push back from the community that this could be rectified in some way.

“Ultimately, in spite of myself losing out on a passion project, and Mick’s months and years of production work being disrespected at the finish line, the ones who have truly lost out here are the people who bought into the promise of having a complete soundtrack. Their good faith was used against them. As a long time gamer, and someone who has followed the trajectory of the industry and its monetisation practices over the last decade, that is something I find loathsome.”

We contacted Bethesda for comment but did not receive a response. We also contacted Mick Gordon, who acknowledged his working relationship with Hamidovic and provided the following statement, but was unable to comment further.

“I take a lot of pride in my work. It’s all I do, it’s all I have and I pour my heart and soul into it. I’m still trying to fully understand the situation and as a result it’s not possible for me to comment any further – please understand.”

The original Doom soundtrack has millions of plays on platforms such as YouTube and Spotify. It would be surprising, given the popularity of Gordon’s compositions and the monetary value of them as a result, if Bethesda wasn’t interested in pursuing a physical release of the Doom Eternal soundtrack at some point in the future. This may provide an opportunity for Gordon, id Software and Bethesda to iron out their issues and work together again in some sort of capacity. 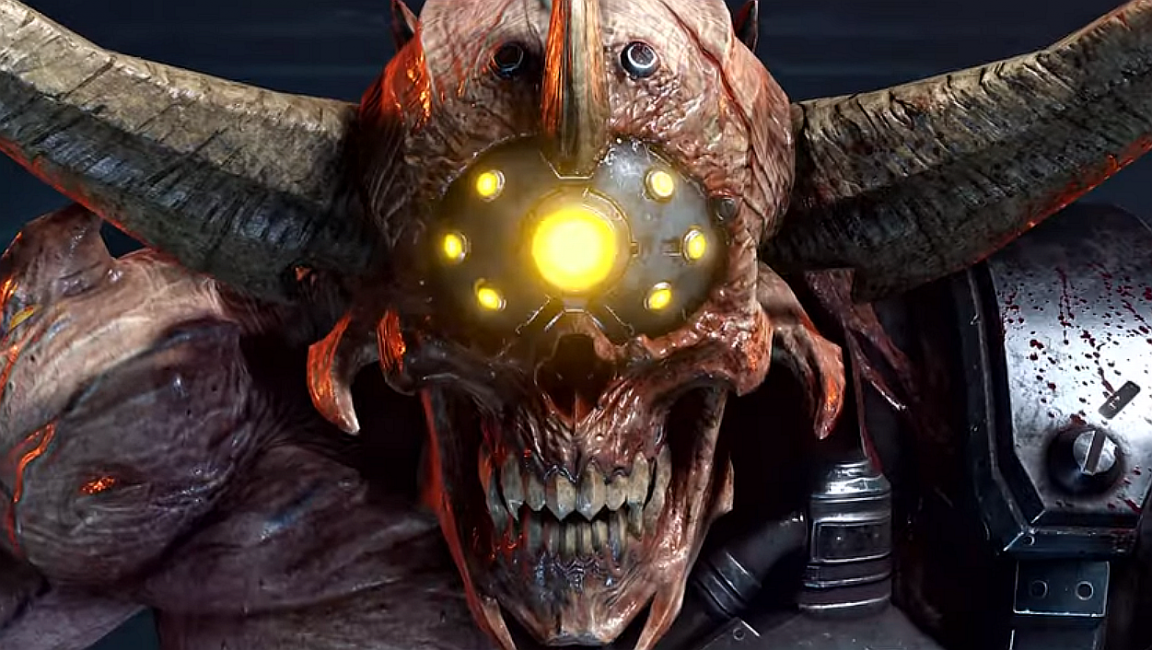 If there’s a lesson to be learned from all of this, it’s that video game publishers need to start treating the music in their games more seriously. It also highlights the challenges that composers have to face every day when they’re working with large organisations.

Video game music has never been more popular and fans take it extremely seriously, from those that travel thousands of miles for concerts or spend their hard-earned money on video game records and CDs. When a video game soundtrack is managed correctly, it can become a vital part of a game’s marketing efforts, driving anticipation for the game in the run-up to its release and adding longevity way beyond the shelf life of the game. When that process is mismanaged, it can cause significant reputational damage to publishers. In the case of Doom Eternal, only time will tell if damage can be undone and fans get the soundtrack they were promised.