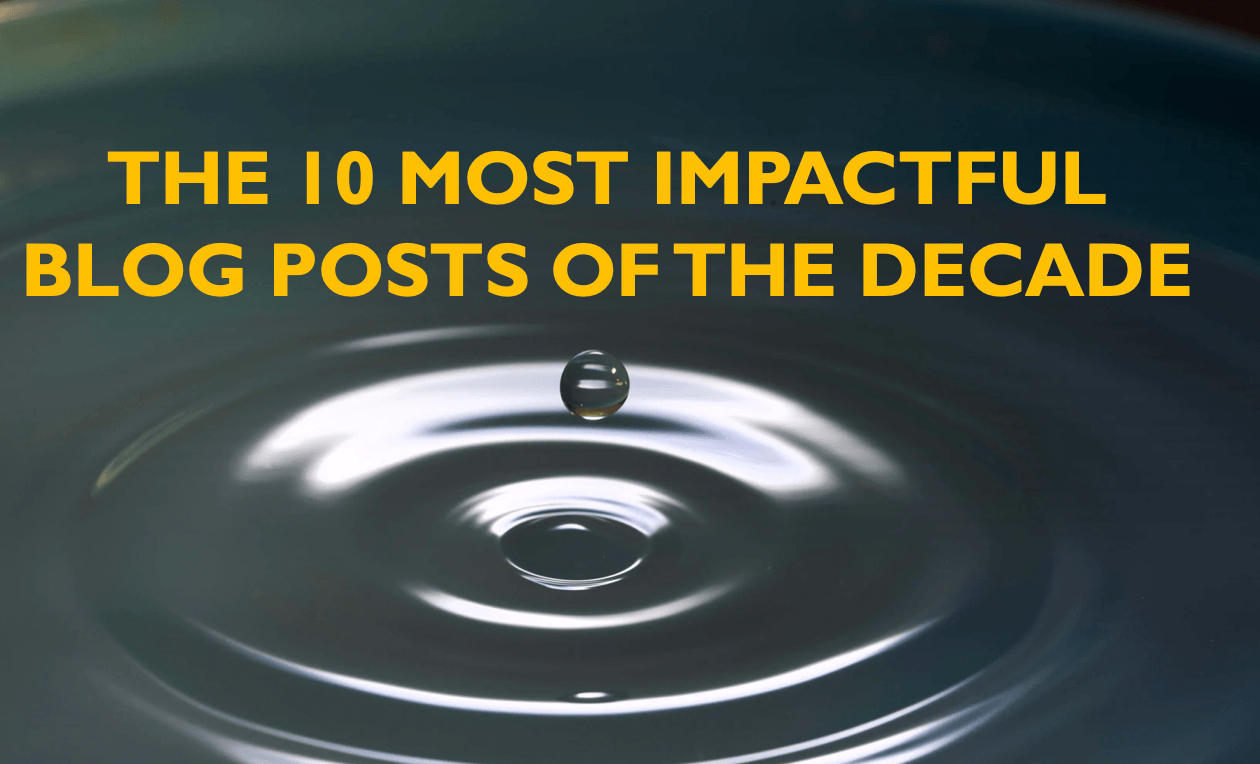 At this time of year, I usually reflect on the most impactful blog posts I’ve written in the past year and explain why.

I’ve reached back in time to look at the stories and ideas that made this blog, this community, and in some cases, my career, come alive.

I hope you enjoy it.

We’ll begin at the beginning.

This was not necessarily one of my most impctful blog posts, but it was my very first. Hey … I had to start somewhere! As you can imagine, my first posts were clunky, but I did my best and I took that first step. And that’s significant!

Why did I start blogging? To learn.

I had recently started an entrepreneurial career and had to immerse myself in this new world of social media. So at first, this blog was nothing more than an experiment. I blogged when I felt like it. There was no grand plan. In fact, many people thought I was late to the party. The top blogging echelon had already been established and I was 49 when I wrote my first post. 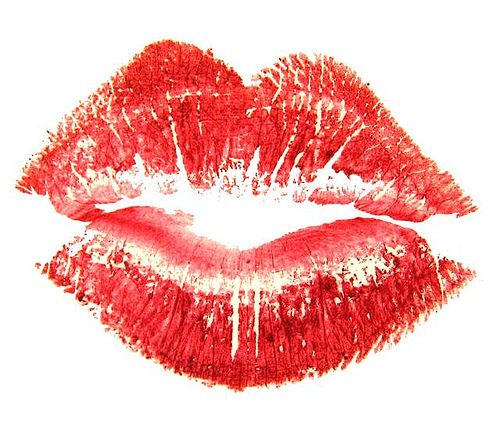 This was a funny little post and unremarkable, to be honest. But it represented a great lesson for me and a turning point in my blogging.

By 2011 I had been blogging for a couple of years and had a pretty formal and serious attitude most of the time. Perhaps I was still nervous about publishing to the world and preoccupied with proving myself to a growing audience.

Then one day, I had lunch with a young woman and gave her some professional advice that was in line with the tone of the day, but it made me feel kind of cheap for stooping to a cheesy level. I didn’t overly-think it. I just ripped out a post in 15 minutes chronicling my experience in a personal and tongue-in-cheek fashion.

It was probably the least-planned, least profound post of my life … and to my surprise, it went viral!

The big lesson I learned here was that to be successful, you don’t have to write a Ph.D. thesis every time out. Just be yourself and share the lessons of your life. A turning point in the life of the blog. 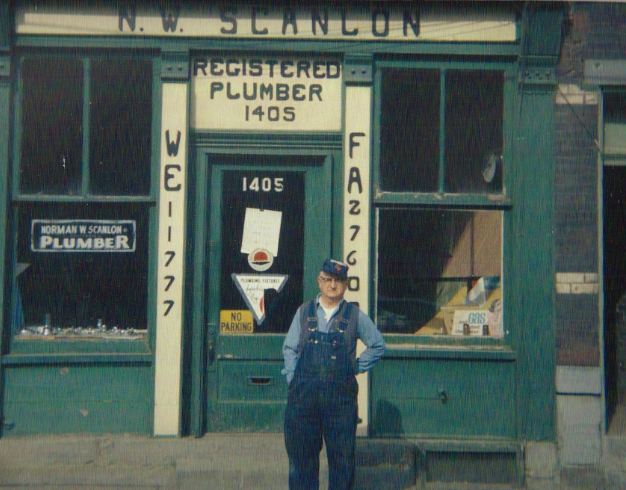 2013 marked the beginning of the “hustle” culture and a sick view on the web that if you weren’t on some path to building a remarkable business and powerful social media presence, you were worthless.

I had had enough of this babble and wrote a post about the heroic efforts of my grandfather as he found a way to feed his family in hard times. He certainly was not remarkable by internet standards, but he was a worthy man.

As I look back at my most impactful blog posts there is a theme — I was nervous about publishing them.

Last year Seth Godin came out with a new book and there was a theme in the book that just drove me nuts. He contended that marketing is about “changing people.” This just ran counter to some of my basic philosophies and, in my estimation, the culture today. I don’t want a marketer “changing me.” Do you?

So I wrote this post and sat on it for six months. But eventually, I went with my gut. When I’m nervous about publishing a post, it means that I need to do it.

And of course, this ended up being one of my most popular posts ever.

I wanted to tell this story because it shows that even after 10 years, blogging is still nerve-wracking. But when you take a risk, it pays off.

6. Why technology is sucking the life out of marketing (2018) 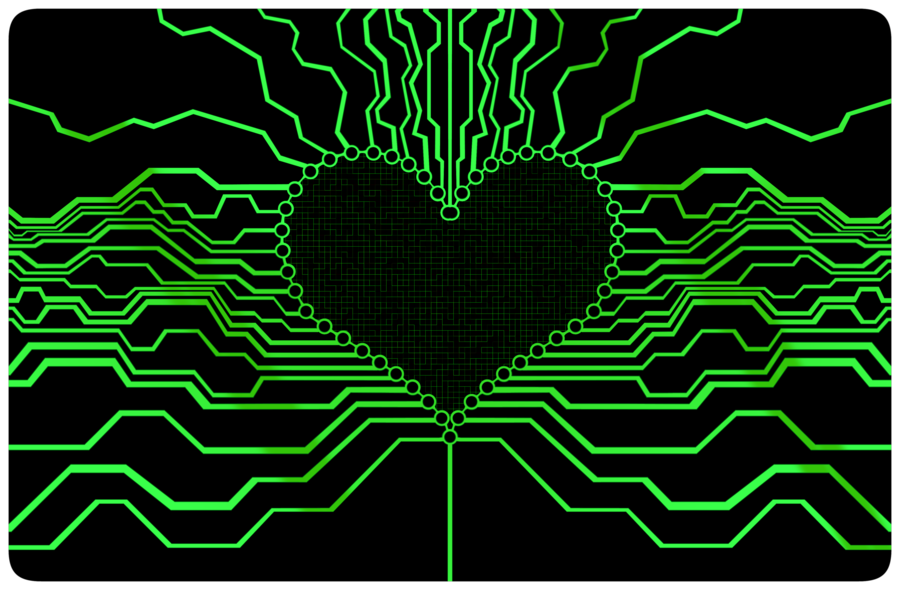 In 2018 a lot of dots were connecting for me. Marketing had become sick through a preoccupation with technology. We had lost touch with hyper-empowered consumers who had more sophisticated expectations of their favorite brands. Consumers were sick of being abused, annoyed, and interrupted by marketers. It was time for a dramatic change in our industry.

In fact, it was time for a rebellion.

Whenever I have an idea for a new book, I have to be really sure of it. It is such a big sacrifice and commitment. So I will normally float my ideas out into the world through this blog.

When one reader commented. “Wow. This is so powerful. Can you write a book about this?” … I knew I was on to something!

5. Why Facebook will become the most dangerous company on earth (2014) 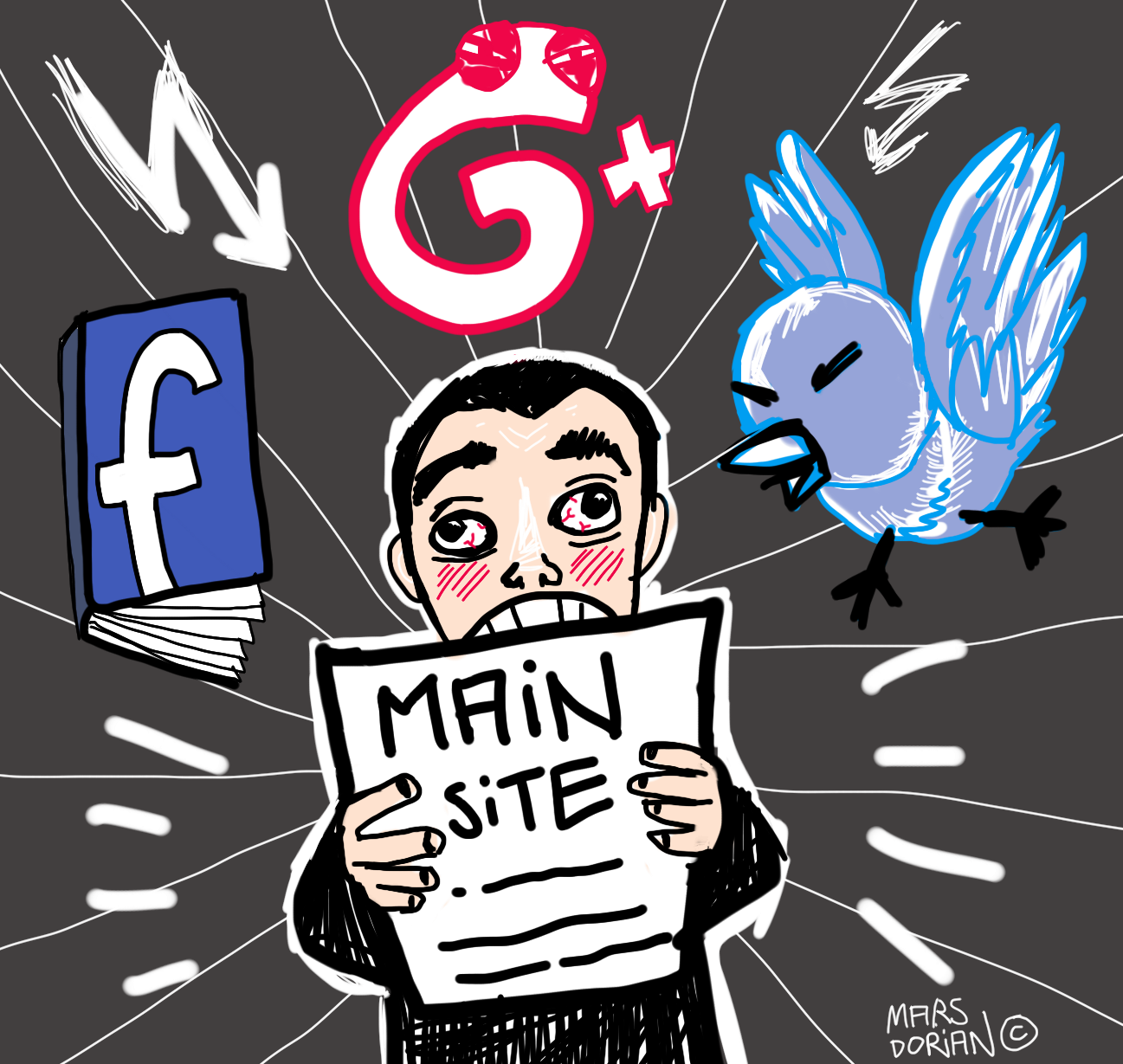 I wrote this in 2012 on what may the most momentous day in the history of the internet — the day Facebook became a public company.

That was the beginning of the end of the dream. As I pointed out in this article, once Facebook became a public company and stepped on that endless treadmill or quarterly profit goals, it would have no choice but to eventually take riskier and riskier decisions with their only available resource — our personal information.

If you think about it, this is the root of nearly every internet evil — the frenzied quest to turn out personal information into profits.

I made an accurate prediction with this post, but how I wish I were wrong. 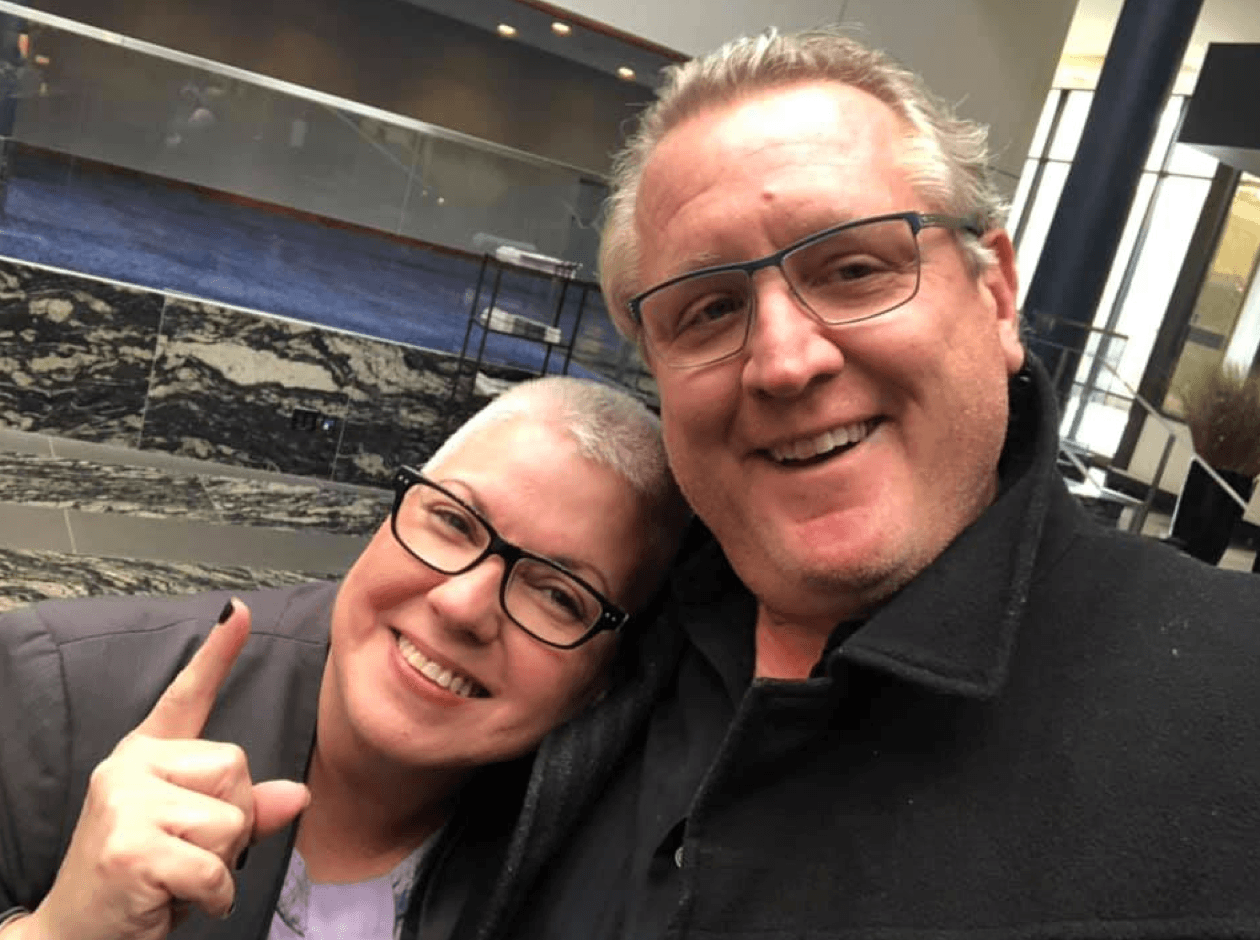 This blog post changed my life in many positive ways. It’s a story of how an employee from a Hyatt Hotel connected with me in a very personal way. The post went viral, Hyatt put it on the front page of their website, the employee involved was eventually named Employee of the Year and this story became a staple of my Marketing Rebellion speech.

And Teri and I are still friends! 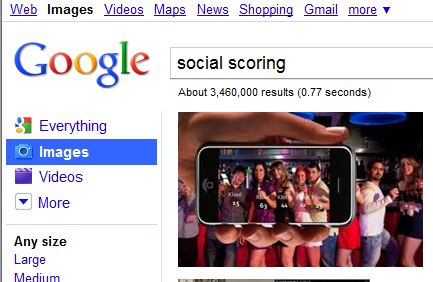 In 2010, I discovered this little startup called Klout. This was the first company to try to assess the influence on the web by analyzing all your social media content and watching the types of reactions that occurred.

I recognized this as a significant trend. It was the dawn of influence marketing but it had no name at the time, so I called it “social scoring.”

The post raised a ruckus. People loathed the idea of being assessed and rated with a number, although we take that for granted on the went today! T

his was my first article to truly go viral and it made such an impact that I was interviewed about this trend by the New York Times. 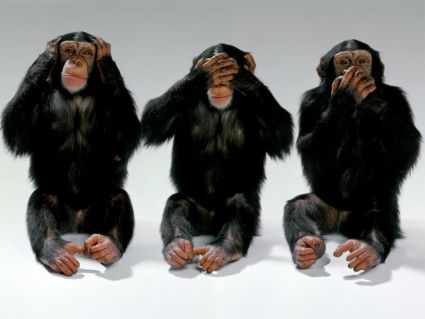 This was among the boldest and riskiest blog posts I’ve ever written. And it shook things up.

After I had been blogging for awhile, I observed that there was a cozy club of bloggers at the top of the business who formed this tight and impenetrable group of sycophants. There was no disagreement. There was no debate. These were the untouchable power brokers of the social media industry.

So, I called them out. I pointed out that this was an unhealthy dynamic and that we could only grow through debate and dissent.

I’m not exaggerating when I say my hand shook when I pushed the button to “publish.” It was one of the biggest risks of my career.

This post was significant for a number of reasons. It was the first time that I followed the fear instead of avoiding it on a blog post. And when I do that I am always rewarded.

Second, it opened up a healthy debate about this power structure. This post received 115 comments. Young bloggers said openly how fearful they were of disagreeing with the top bloggers in the field.

Third, I consider this post the true start of my blogging career. It was the moment I decided to be unafraid. I would tell the truth in a way that was professional and helpful. I hope that is what I am known for today. 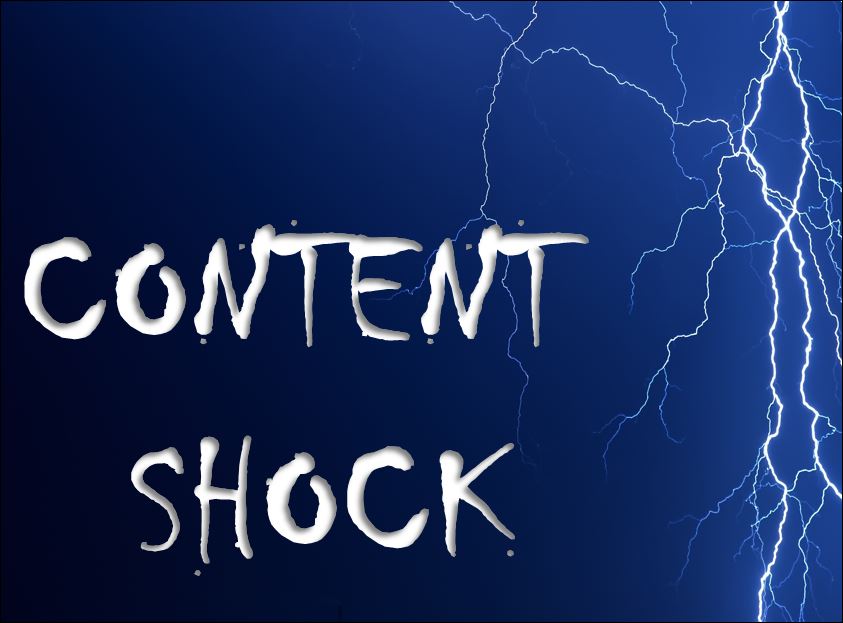 If you have followed my career at all, it will be no surprise that this was the most impactful post of the decade.

The idea for this post had been bubbling in my head for more than two years. Content marketing was becoming harder in ways I could not necessarily define. Something was changing.

And then it hit me — Producing prodigious amounts of content on the web would naturally follow other normal economic models of supply and demand. And when the supply of content grossly outstrips the demand, something dramatic is going to happen. Content marketing would not be sustainable.

When I published this post, every content marketing guru out there slammed it, creating an enormous social media firestorm.

Frankly, I was surprised by this outpouring. This idea behind this article was not controversial. It was common sense! But I underestimated how a relatively simple economic observation would threaten people who were self-proclaimed evangelists for content marketing.

One notable guru laughed at me on a podcast. “Mark is wrong,” he said. “The best content will always rise to the top. Period.” That sort of commentary is obviously delusional, which is why my post was so important. It popped the content marketing guru bubble.

Today, lots of research has poured forth showing my prediction was correct. Content Shock has become a general industry term describing this era of over-saturated content. Thousands of articles have linked to my original post and it has become a regular topic in books and industry conferences.

Most of the people who slammed me when the post came out have since apologized, although there are a few delusional evangelists still out there and I suppose there always will be.

Not only did this post ignite a discussion that even continues today, it became the basis for my book The Content Code: Six essential strategies to ignite your content, your marketing, and your business

So there you have it. A blog post that was 10 years in the making!

How has this blog impacted you?

Mark Schaefer is the chief blogger for this site, executive director of Schaefer Marketing Solutions, and the author of several best-selling digital marketing books. He is an acclaimed keynote speaker, college educator, and business consultant.  The Marketing Companion podcast is among the top business podcasts in the world. Contact Mark to have him speak to your company event or conference soon.

The post The 10 most impactful blog posts of the decade appeared first on Schaefer Marketing Solutions: We Help Businesses {grow}.